SYLLABUS: AS PER CBSE

EXAM PATTERN: 50 MULTIPLE CHOICE QUESTIONS (MCQ) TO BE ANSWERED IN ONE HOUR

HOW TO PREPARE: IMO WORKBOOKS FOR II TO X CLASS ARE AVAILABLE

Solve the following problem. Is the remainder theorem applicable here? 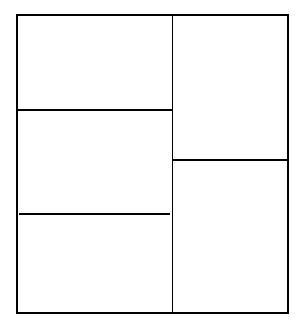 I hope that the hint figure given below will help you to answer this! 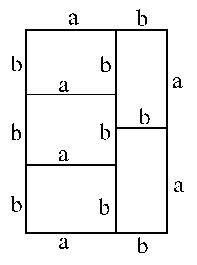 Do you think that anything and everything in Mathematics has been discovered till date, or is there a scope for NEWER Maths?
Read below and then think again!!!

The number of periodicals that publish mathematical research papers and articles are given below:

According to one estimate every year nearly 2,00,000 (two lakhs, no typing mistake) new theorems and methods appear in the journals and the books.

So... What are you thinking? To derive a new maths formula or result!
Good luck!
at September 12, 2009 No comments:

The time on electronic digital watch is 11 : 11. How many minutes before this would the watch have shown a time with all digits identical?

Here is the Solution:

Well... whats about the relationship between four sides of any quadrilateral? any guess....
yes, you are right....
The sum of any three sides of a quadrilateral is always greater than the fourth side.
at September 08, 2009 1 comment:

A side of a regular pentagon, of a regular hexagon, and of a regular decagon inscribed in the same circle constitute the sides of the right triangle.
at September 07, 2009 No comments:

Believe it or not there is no equilateral triangle , the coordinates of whose vertices are all integers.
Well... it can be proved very easily. Try it!
at September 03, 2009 2 comments:

Email ThisBlogThis!Share to TwitterShare to FacebookShare to Pinterest
Labels: Believe it or not
Newer Posts Older Posts Home
Subscribe to: Posts (Atom)